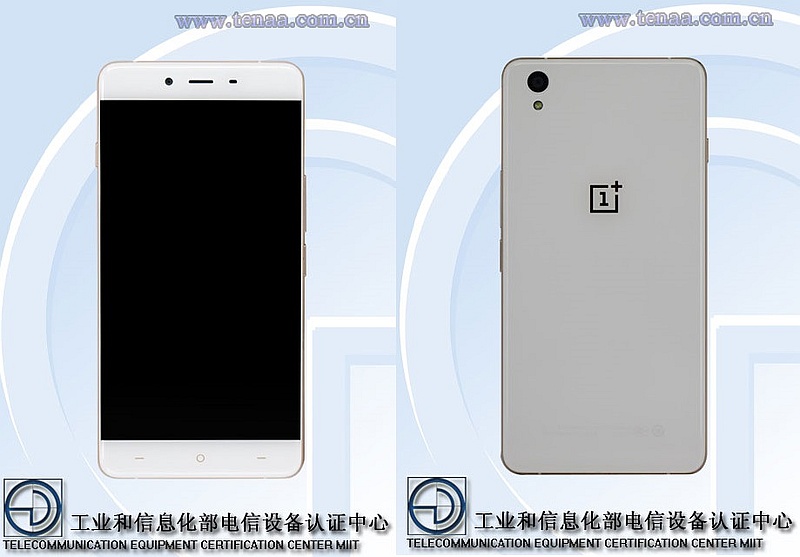 Chinese smartphone manufacturer OnePlus has had a very busy 2015 - launching the well reviewed "smartphone killer" the OnePlus 2 and also bringing a smaller cheaper OnePlus X to market, while at the same time making it easier than ever to actually buy their handsets.

OnePlus 2 Mini aka OnePlus Mini smartphone, which we saw listed in GFXBench benchmark results earlier this month, now appears to have been certified by Tenaa, Chinese telecommunications certification authority. Now a new phone from OnePlus codenamed One E1000 has been certified in China and there are some specs.

First of all, the smartphone will pack a 4.99-inch AMOLED display with full HD (1080p) resolution. When it comes to the storage, there's 16GB of inbuilt storage which can be expanded up to 128GB via a Micro SD card. The device will include connectivity features such as 4G, Bluetooth, GPS and Wi-Fi and will weigh 138 grams respectively. As per the benchmarking website, the OnePlus 2 Mini features a 4.6-inch display, Snapdragon 810 processor clocked at 1.7GHz, 4GB of RAM; 64GB of inbuilt storage with no expanding option, 12-megapixel rear camera, and a 5-megapixel front camera. The TENAA appearance also reveals some images of the phone showing a metal frame and glass panels on both the front and rear.

However the specifications mentioned in the TENAA listing were slightly different from the ones hinted in the GFXBench leak.

For those who don't recall OnePlus 2 Mini's main specs, here is a quick rundown that will get you up to speed with the Oppo A30.