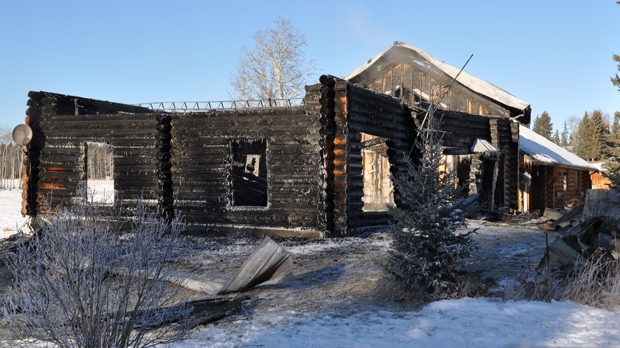 An investigation found that the man allegedly doused the house, along with its owner, a 45-year-old woman, with gasoline, and then started the fire by throwing gasoline on a wood-burning stove.

The woman, who police said owns the home, was able to escape and take refuge at a neighboring home where a call was made to 911.

Mounties arrived Thursday night to find the home engulfed in flames and arrested a man near the scene.

Police say the man and woman are known to one another.

Charges pending against the suspect include arson endangering human life, criminal negligence, and assault with a weapon, unlawful confinement and breach of probation.

More details, including the man's name, are expected to be released once the charges are formally laid.